Shows on Wednesday and Saturday 9:15pm

The Sorrento’s magical atmosphere of the 60’s is back into Fauno Notte Club thanks to Sorrento Amarcord, a theatrical piece that shows how, in the old days, the inhabitants of Sorrento, after sunset, took off their work clothes to become singers, musicians and dancers!

This experience allows tourists the opportunity to live moments of carefree joy and to feel a renewed desire to start over.

The show is the result of the hard work to bring back to the life the most enchanting songs of the Neapolitan folklore, the ancient and original choreographies of Sorrento’s Tarantella, the bright colored costumes of the era, the rhythm and sounds of the handmade musical instruments.

A devoted and meticulous research has been done by the Sorrento Amarcord’s artists to offer to the public, in its AUTHENTIC form, one of the most ancient tarantellas: the Tarantella Sorrento – the real jewel of the show.

Be part of the show

In Sorrento Amarcord the viewer becomes a vital part of the show, carried away by Pazzariello’s irony, the Pulcinella’s euphoria, the gentle invitations of the graceful dancers with their Scarrafone, the many characters that fill the scene giving emotions with an authentic flavor of a Sorrento that never ceases to amaze. 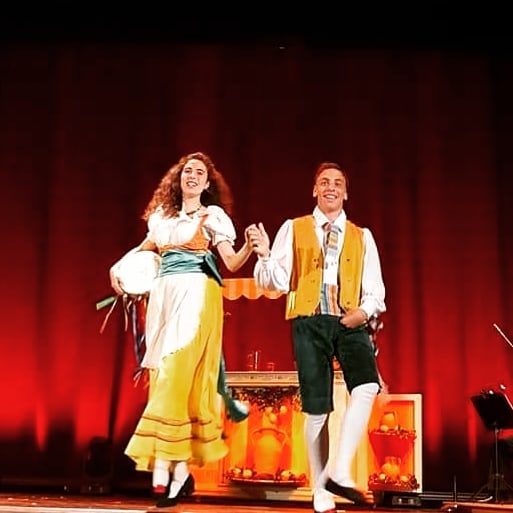 Upon arrival , guests will be welcomed by costumed artists for a welcome drink (prosecco or soft drink).

The show is a cheerful and engaging succession of tarantella dances, Neapolitan macchiette (Pulcinella, Lilì Kangy), famous songs (‘O Sole mio, Torna a Surriento, Funiculì Funiculà), in a constant involvement of the public with interventions in the audience of the artists and public participation in choreography and stage games.

The highlight of the show is the creation of a large orchestra with the involvement of over 40 spectators with popular music instruments (triccabballacche, putipù, scetavaisse, caccavella), the orchestra is animated and directed artfully by our Pazzariello in a series of hilarious musical gags.

Finally the show ends with the public and the artists all together in a grand surprise final.

It’s possible to organize private performance and stage of Tarantella on request. 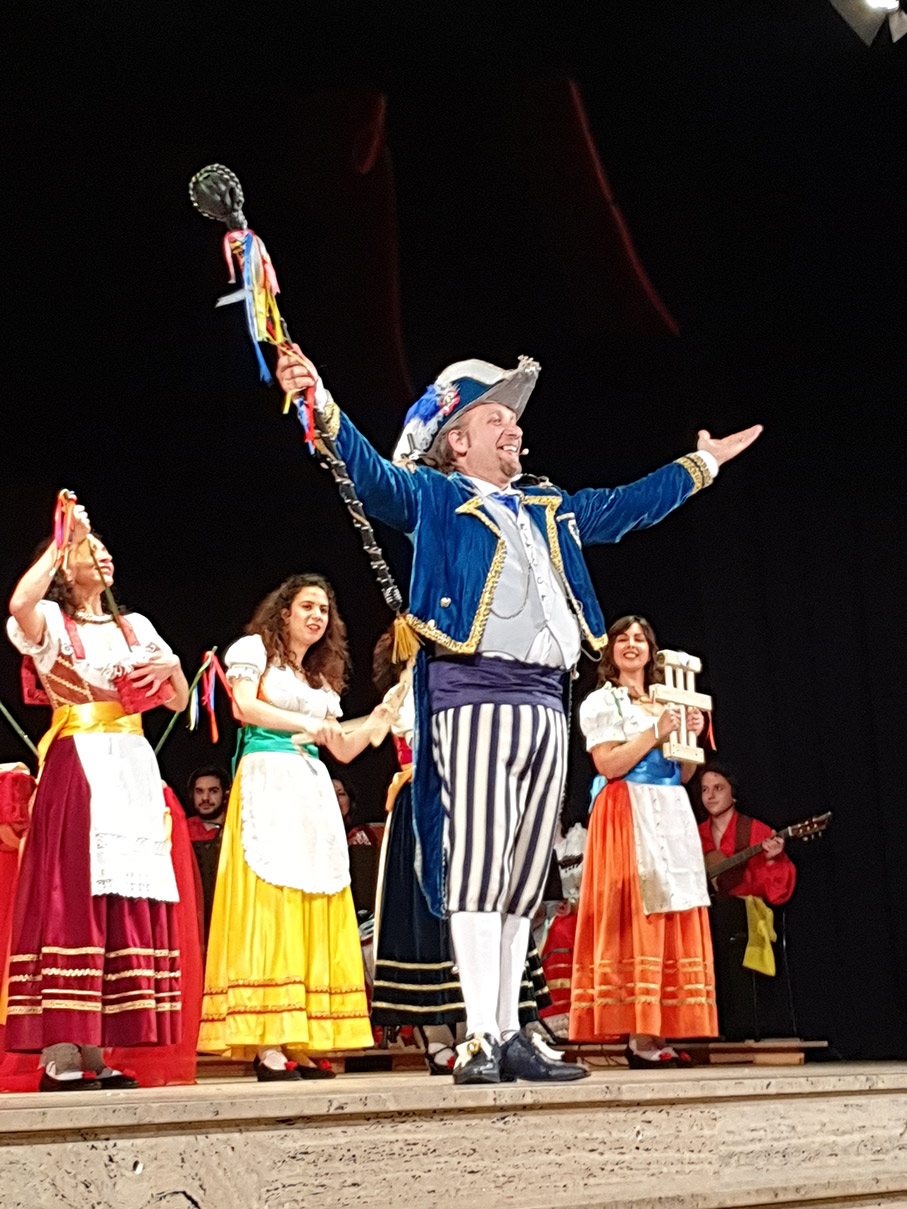 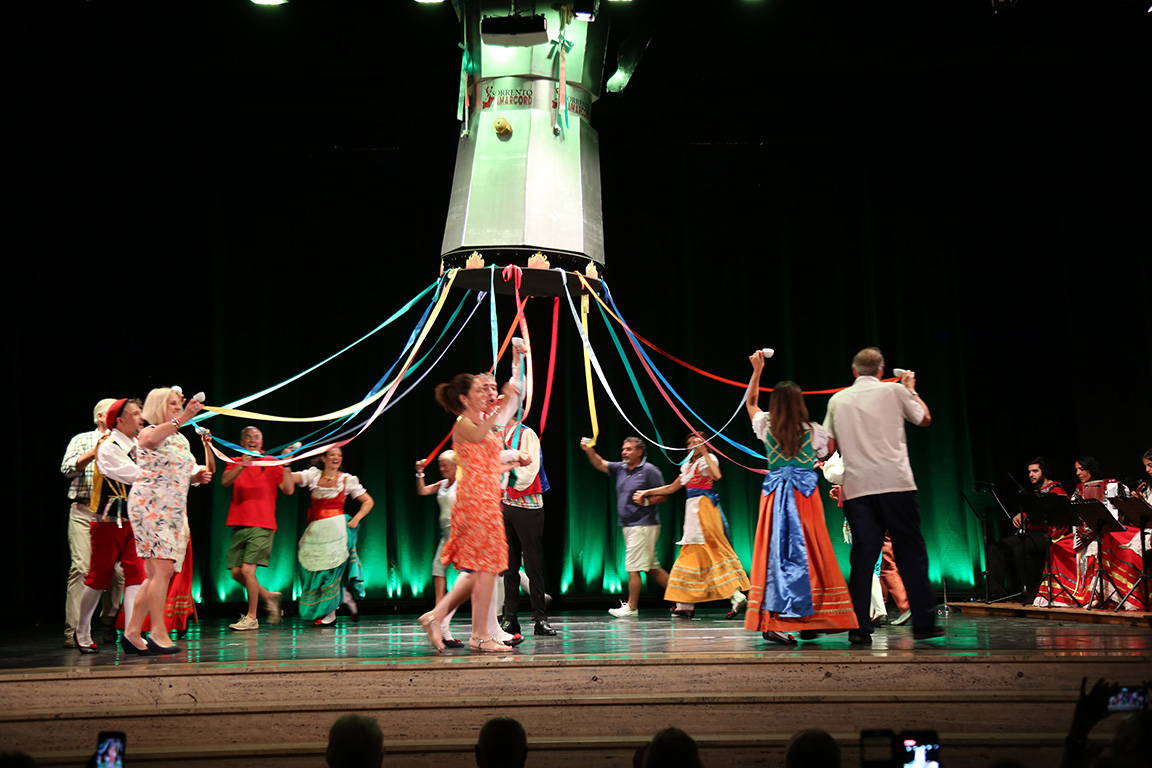 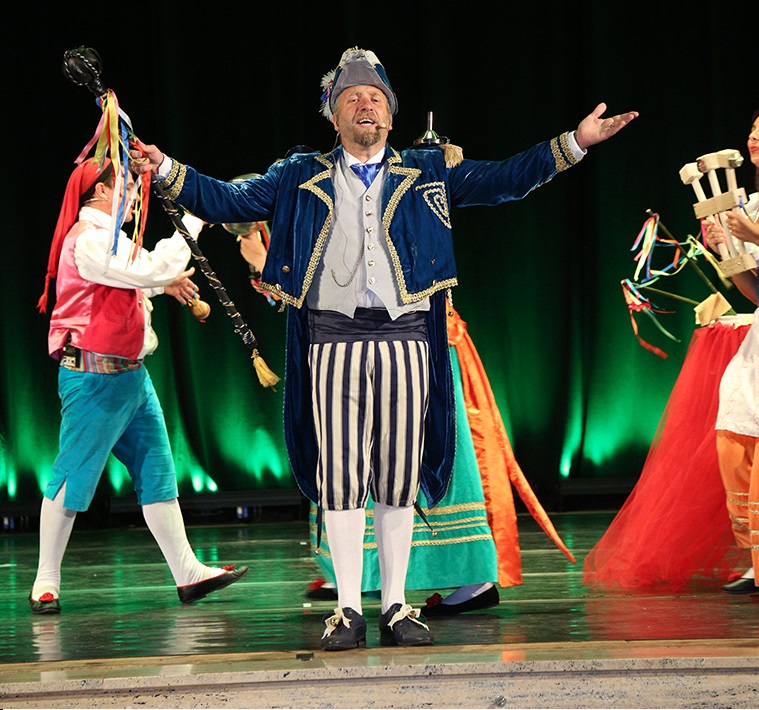 Shows on Wednesday and Saturday 9:15pm